A lot of bands hate playing, it seems. A lot of bands do not want to do anything other than the one very specific narrow band of art they believe defines them and allows them to communicate, even though that communication often seems pretty lopsided, “experience me, and pay me $70 for the pleasure”

As an experienced lazy ass shit talker from way back happy to hang out at the merch table while some one else is coiling the leads, I know what the fuck I’m talking about people.

And here at EASTERN CORP™ we understand BRAND penetration.

Our staff are sitting in monstera lined offices reclining on Norwegian furniture collating the STATS in chunky footwear as we speak!

We get the memos on Monday and break it down over pastries and turmeric in a huddle around our brushed steel table.

“Adam the beard is down 10 points this quarter, and your ‘90’s era tattoos are at all time lows.

folk music is slipping can we pivot to a new ‘ironic’ persona?

No one understands these long ‘socials’ posts, can we divert some funds accordingly for some kind of consultant.”

We get busy and we get improving!

That’s exactly how we know we’re keeping this ship on the right track but also how we can tell you what goes on behind the curtains for a lot of bands/brands.

Who are these ‘lot of bands’?

Nah no one I was just fucking around, most bands a pretty cool and spinal tap was just a joke.

However I do often wonder what bands are doing all week/month? They’re probably rehearsing a lot which is probably how come they’re all so fucking good at what they do!

Me and the eastern don’t rehearse all that much, and it shows, but we’re good at showing up! And playing for three hours! (ticket holders of recent tour shows can attest!).

That’s because we play most nights of the week in various combinations in various bars, for varying amounts of bar tabs and listeners but always for 3hrs!

We’d like to say we don’t tell people all that much about those shows because of ‘BRAND PROTECTION PROTOCOLS (BPP’S)’, but its mostly cause we’re lazy, and partly because we play so much who would have time for it, and a little bit because if you live in chch you’ve probably seen us in a million different ways in a million different places and if you dig hearing us sing songs that aren’t our own, you know we’ll be somewhere, someplace some time or another.

But we’ve been working on this little Irish group we put together for a while now and getting stronger and fitter every night, we don’t rehearse but we play a lot and It shows (for good and bad). It’s been a real pleasure to honor this music, gunning for the spirit, trying on the poetry, catching the lilt, tipping the pints and shouting against the walls. We are certainly not the best at it, but we play everything fast and we lean all the way in brothers and sisters because we really love doing it.

We’re calling ourselves ‘Chulainn’s Dogs’ and if we’re not anywhere else, and if they can’t get anyone better we’ll be at A Rolling Stone most Thursday nights and Paddy Macnaugtons on Saturdays. Its always a grab bag of who’ll show but theres a few of us, and we want to sing you these songs and make you warm and feel the spirit and sing them with us.

We’re at a rolling stone tomorrow! If Saint Shane is willing and the covid don’t rise! Join us if you can!.... 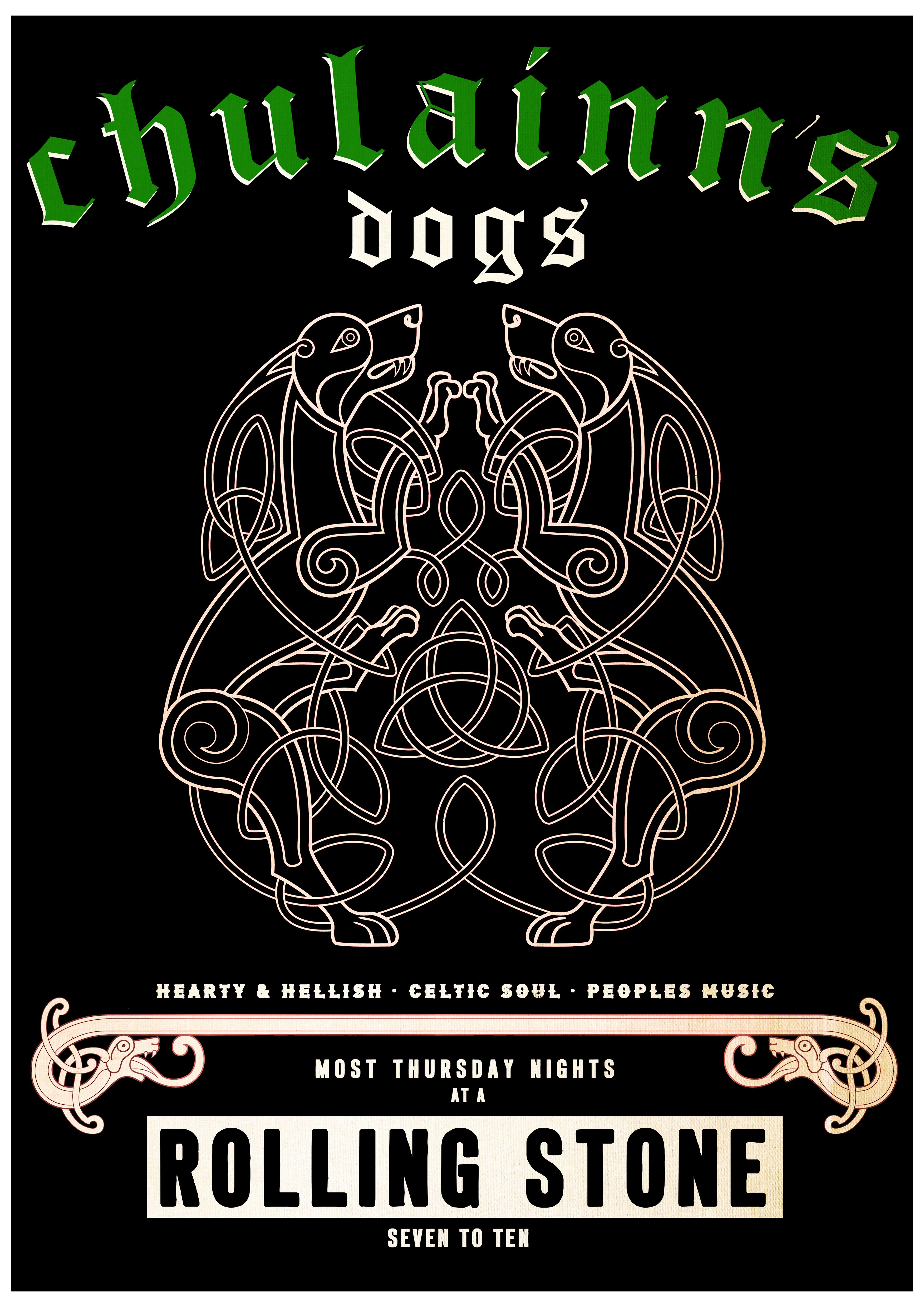